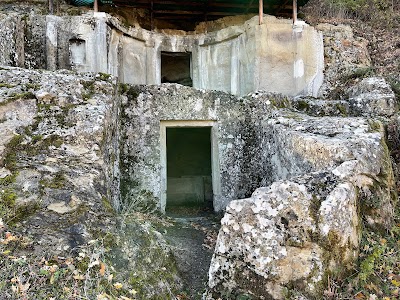 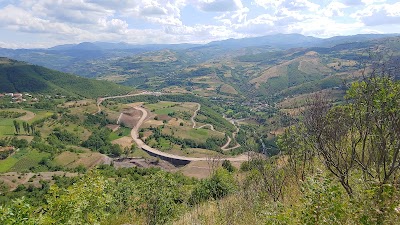 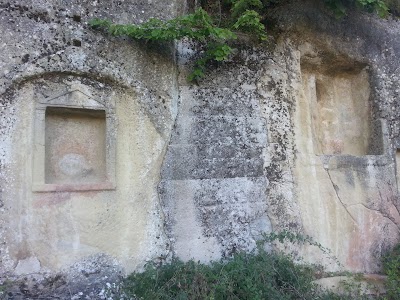 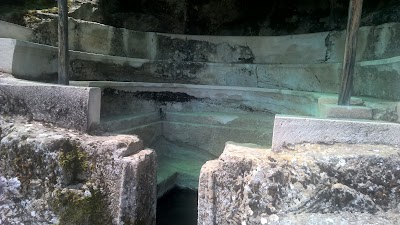 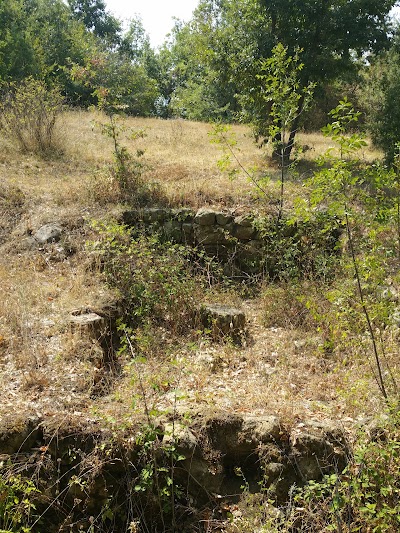 TheOrestian (09/26/2020)
Pelion, also Pellion or Pelium (Greek: Πήλιον, Πέλλιον or Πήλεον, Latin: Pellium) was a fortified settlement, inhabited by the Chaonian tribe of Dassaretae located on the borderlands between southern Illyria and Macedonia in classical and Roman antiquity. This place is one of possible locations of that settlement. At 335 B.C. during the Balkan campaign of Alexander the Great, the later received news that three Illyrian tribes were preparing to attack western Macedonia. As soon as he arrived at the gates of Pelion the settlement was already occupied by Dardanian chieftain Cleitus son of Bardylis. At the following siege the Illyrian coalition; under Cleitus and Glaucias of Taulantii was defeated. During their withdrawal the Illyrians burnt Pelium to the ground (extracted from Wikipedia). Today's names of the site, the nearby village and geographical region, are of Slavic origin: “Gradishta” translated from macedonian means “big town” and is a common name for old ruins among Macedonians and other Slavic nations, “Selcë” (Selce) means “little village”, while geographical region »Mokër« is named after the “Mokra Gora” mountain which means “Wet Mountain”. Probably, this region was inhabited with Slavic-speaking people in the past and that is why it has so many Slavic names.

Eljo Miti (07/11/2020)
Neolitic Pelion Citizenship: It is located in the Lower Selce Village on the province of Moker, it is about 40 kilometers away from Pogradec. Belongs to the earliest bronze area but it got strengthened on Centuries lV -lll B.C where they build the walls that surrounded a surface around 3 hectares. The importance of Pelion was grown as point strategy was further enhanced by the construction of the “Egnatia” road linking Rome and Constantinople. In this archaeological site, kept safe in good condition are the monumental tombs of the Illyrian Kings carved in monolithic rock. From the way it is built makes it unique. Many of the artifacts are found in some European museums. Selce Gradica is one of the most significant archaeological parks in Albania today.🤘

Genc Pollo (06/12/2016)
Wonderful visit. Amazing Royal Tombs. Great view of Mokër. Good to be back after so many years. P. S. Gradishta (not Grajdishta!)

thearchitectzone (07/15/2018)
The Illyrian Tombs of Selca e Poshtme (Albanian: Varret e Selcës së Poshtme) are located near the town of Pogradec in Albania near the village of Selcë e Poshtme. On the right bank of the river Shkumbin at an elevation of 1040 m above sea level, lie the remains of the ancient city of Pelion and the accompanying necropolis. The Roman Via Egnatia led past it towards Thessaloniki. Though there are traces of human activity in Neolithic times, the settlement proper dates to the Iron Age (Illyrian proto-urban) through to the Illyrian urban period (5th to 2nd centuries BC),[1] and reached its height under settlement by the Illyrian tribe of Enchele in the later Iron Age and was also occupied in the Roman period as traces of a municipal building show. From the 4th to 1st centuries BC the city was the royal residence of Illyrian kings and therefore, also probably an important political and economic centre.[2] In 1996, Albania included the Royal tombs of Selca e Poshtme in the UNESCO World heritage list of proposals.
Information
10 Photos
5 Reviews
4 Rating
Categories
Working Hours
Museum in Bashkia Prrenjas
Museum in Elbasan
Other Categories Nearby
Copyright © 2020 - 2030
Cumaps.net | About | Privacy Policy | Contact |